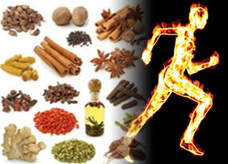 Thermogenesis is critical to weight loss.Dieters who rely solely on restricting their calorie intake usually end up disappointed, because extreme calorie restriction lowers the rate of thermogenesis. Your body actually burns less fat than it did before you started dieting.  People who yo-yo on and off low calorie diets have even more problems. When a yo-yo dieter begins to increase calorie intake after dieting, their metabolic rate does not return to pre-diet levels, so they store more calories as fat than they did before they started!

Thermogenic herbs have been successful at reactivating brown fat in middle age. They can increase calorie burning without additional diet changes or exercise, although these things offer added benefits.
1. Thermogenic herbs increase blood flow to lean muscle tissue, so it works faster and longer.
2. Thermogenic herbs suppress appetite. You eat less with less effort.
3. The longer you take thermogenic herb formulas, the more effective they tend to become, because they help your body produce enough thermogenic activity to make a difference. 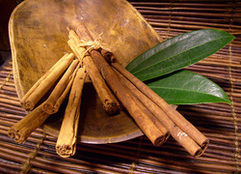 1. Cinnamon
This spice may help to boost your metabolism, and it also has impressive benefits for blood sugar regulation, making it an ideal seasoning for people with diabetes or pre-diabetes. Cinnamon has been found to significantly reduce blood sugar levels, triglycerides, LDL (bad) cholesterol, and total cholesterol levels in people with type 2 diabetes, as well as increase glucose metabolism by about 20 times, which would significantly improve your ability to regulate blood sugar.​ 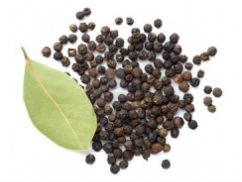 2. Black Pepper
Black pepper contains a substance called piperine, which not only gives it its pungent flavor, but also blocks the formation of new fat cells.5 When combined with capsaicin and other substances, black pepper was also found to burn as many calories as taking a 20-minute walk.6 As an aside, black pepper also increases the bioavailability of just about all other foods -- herbs and other compounds – making it a healthy choice for virtually any meal.

3. Ginger
Ginger is another warming spice that has anti-inflammatory properties and is known to help soothe and relax your intestinal tract. Research also suggests that ginger may have thermogenic properties that help boost your metabolism, as well as have an appetite-suppressant effect when consumed, suggesting a "potential role of ginger in weight management." 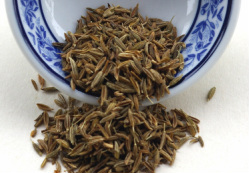 4. Cumin
Cumin is useful for digestion and energy production, and may improve glycemic control in people with type 2 diabetes. The spice has a long history of medicinal use, and has also been found to enhance memory and provide potent anti-stress benefits. 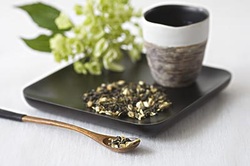 5. Oolong
One of the most powerful and well-known thermogenic herbs is Oolong tea.Oolong is a product made from the Camellia sinensis plant. This is the same plant that is also used to make green tea. The difference is in the processing. Oolong tea is partially fermented, and green tea is unfermented. Oolong tea has similar health benefits with green tea but is more effective when it comes to weight loss.

Studies have shown that drinking Oolong tea can:
​Lots of celebrities like Oprah, Dr OZ, Rachael Ray have endorsed green tea and Oolong tea for weight loss and other amazing health benefits .Oprah discusses the benefits of Oolong tea in her October 2006 O-Magazine and on her November 10th,2004 show with Dr Perricone. Rachael Ray also drinks Oolong tea to keep the weight off.​
Powered by