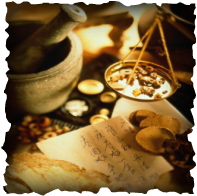 Traditional Chinese Medicine (TCM) is an independent medical system with over 2000 years history dated back in Shang Dynasty in 1766 BC.With thousands of years development,TCM has evolved into a coherent and complex system which uses various forms to treat and prevent illness.The most commonly employed therapeutic methods include herbal medicine, acupuncture, massage therapy ,dietary therapy and mind/body exercise (Tai Chi). Unlike Western methods focusing on exclusively external factors behind the illness, TCM addresses the root cause of conditions and has been shown to have undeniable clinical effect in the treatment and management of various ailments  such as chronic pain, depression,diabetes,etc. It is also widely practiced in other Asian countries such as Japan, Korea, and Vietnam. Togethered, they are called - Oriental Medicine.

The fundamental concepts of Traditional Chinese Medicine ,Yin and Yang and the Five Elements, stemmed from old Chinese
philosophy with the idea of balance and harmony. Yin and Yang, as the foundation of diagnosis and treatment,are opposite,interdependent and mutually consume each other. They must maintain balance and harmony with each other. Imbalance or disharmony of Yin and Yang is thought to be the reason behind human's illness. ​
The Five Elements (Wu Xing) ,similar to the classic concept of the nature's basic elements composed of metal,wood,water,fire,and earth,come into play in terms of analyzing how the imbalance or disharmony came about. Each of these elements can be found in the body, with varying concentrations in different areas of the body. Combined, the elements produce a delicate balance and results in the normal state of a person's physical and mental health. In theory, an increase in certain elements in areas that perform certain functions can sway the Yin and Yang balance, thus affecting a person's health. 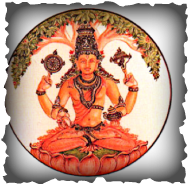 Ayurveda is a over 5,000 year old holistic medical system originated from India that uses various modalities including herbs,food,mantras,yoga,lifestyle,etc to treat health issues.Similar with Traditional Chinese medicine,there are "five elements" in Ayurveda,"earth,water,fire,air sky" which composing the universe. Ayurveda also aims to bring balance of three elemental energies,"vata(air&space),pitta(fire&water),
kapha(water&earth)" into the body, mind, and spirit through the removal of disease, and by remembering our own true nature. When these three substances exist in equal quantities, the body will be healthy, otherwise the health problems will happen.
Powered by